Menu
Back to News Listing 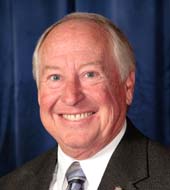 RENO – Research released this week by Nevada REALTORS® (NVR) shows the ongoing eviction moratorium is harming local landlords and tenants alike, though “mom-and-pop” landlords in Nevada are being hit especially hard.
The report also estimated that the ongoing ban on evictions as still mandated by the Centers for Disease Control (CDC) has already cost Nevada and its economy at least $511 million in lost economic output.
Unfortunately, NVR President Brad Spires said, “mom-and-pop” landlords have suffered more than their share of these economic hardships and typically have fewer resources than owners of multiple-unit developments and apartment communities.
“We know from experience that these state and federal eviction bans have been devastating to property owners,” said Spires, a longtime REALTOR® based in Gardnerville, Nevada. “This research helps us put this damage into perspective from an economic point of view. It shows that everyone involved is suffering financial harm, including tenants and owners of apartment communities. But it reinforces what we’ve been saying throughout this pandemic about the disproportionate harm these policies have had on individual property owners who depend on rental income to survive.”
According to the report, Nevadans who own between one to three local rental properties are most likely to have tenants who have not paid or been late in paying their rent during the pandemic, with 56% of these “mom-and-pop” landlords dealing with delinquent renters. The full report is available here.
“So, the impacts are pretty significant on these mom-and-pop landlords,” said John Restrepo, owner of RCG Economics LLC, the Las Vegas-based firm that conducted the research for NVR. “It was really striking to us how much more they were affected by the moratorium.”
“Throughout the survey, smaller landlords and property managers (those owning or managing relative fewer units) consistently appeared to deal with greater disadvantages, such as higher vacancy rates, higher rates of delinquent payments and higher rates of renegotiated leases,” the report concluded.
The research included a survey of 140 property owners and property managers throughout Nevada representing nearly 22,000 local residential units. The survey was conducted beginning in early 2021 by RCG Economics LLC.

Highlights of the findings include:
• About 41% of all rental properties nationwide are owned by individual investors, or what the report classified as “mom-and-pop” landlords.
• According to research from the Brookings Institution, about 33% of these individual landlords have an income of less than $90,000 per year and rely on rent from their tenants for 20% of their annual incomes. “The research indicates that many of these landlords may simply lose their properties,” the NVR report found.
• Nevada landlords were forced to forgo an average of $422 per unit from the beginning of the pandemic in March 2020 through February 2021.
• That amount of missed rent was much higher for owners with only a few units, who missed out on an average of $1,870 in rent per unit during this time.
• In addition to reduced spending, state and federal eviction bans in Nevada have resulted in a loss of an estimated 1,430 full-time equivalent jobs and an estimated $39.1 million in associated earnings to date.
• Based on lost wages and economic output during 2020, the eviction ban in Nevada cost the state a projected $12.6 million in lost sales and use tax revenue last year.
• The tax hit could have been worse. Despite dealing with delinquent tenants, the report found that most landlords have continued to pay their property taxes.

This latest NVR research follows another recent report from the statewide association concluding that many of the landlord-tenant laws being proposed and passed in Nevada and other Western states are more likely to harm homeowners, renters and the housing market than help. In partnership with Strategic Guidance Systems (SGS) and Portland State University, NVR developed a comprehensive overview of landlord-tenant legislation in the Western United States.
It noted that lawmakers in Nevada and around the nation have increasingly turned to legislation in an attempt to address the limited supply of affordable housing, as well as to limit evictions – especially since the COVID-19 pandemic began. According to NVR’s research, most of these proposals are not working. For more information, visit bringhousinghome.org.